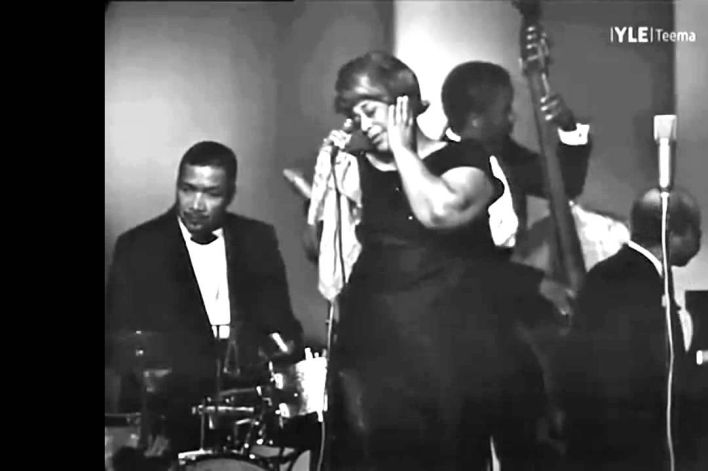 In honor of what would have been Ella Fitzgerald’s 102nd birthday today, here’s some film of the singer with Detroiter Tommy Flanagan on piano in 1965. Tommy worked two major stretches with Ella for a total of 13 years — from 1963-65 and then again from 1968-78. (In between he worked with Tony Bennett.). Tommy also spent a month with Ella in the summer of 1956, not long after he arrived in New York. His first gig with her was in Cleveland. He was already nervous when at one point during the performance, Ella sidled up to the piano bench and sternly told him, “If it’s going to be like this, I’m getting out of the business.”

But, clearly, by 1965,  she was more than happy with his playing. You can hear why in this Ellington medley. Tommy surrounds her vocal on the ballads with beauty, finding a sweet spot on the ballads between restrained chordal support and melodic ornamentation. Then he plays a swinging,  lickety split chorus with fire and poise on “It Don’t Mean a Thing” at a brush-fire tempo. With Keter Betts on bass and Gus Johnson on drums.