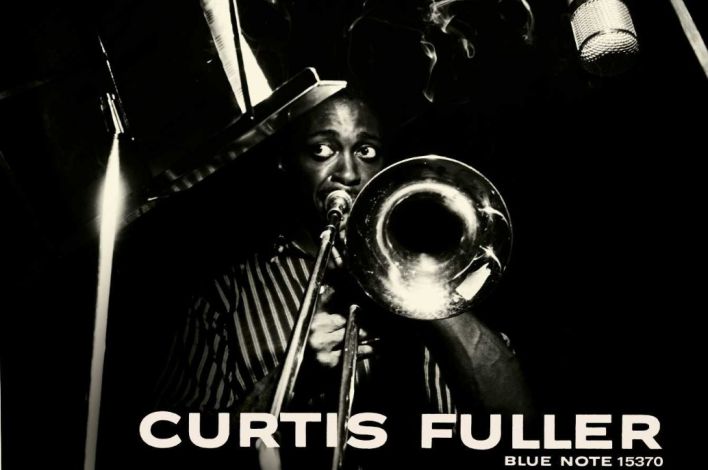 Few jazz musicians have ever been as fast out of the blocks as the Detroit-born trombonist Curtis Fuller.  He arrived in New York in April 1957 at age 22. After nine months he had recorded eight LPs as a leader or co- leader for Prestige, Blue Note, and Savoy and appeared on 15 other sessions as a sideman with John Coltrane, Bud Powell, Jackie McLean, Yusef Lateef, Sonny Clark, Jimmy Smith, and others. As I write in my book: “Fuller hadn’t had time to learn the subway, but he was already the hottest new man on his instrument in jazz. Like other young Detroiters flocking to New York, Fuller’s combination of swing, intellect, soul, melodic imagination, and quicksilver technique was catnip to the scene.”

Fuller’s fourth date as a leader, and first for Blue Note, was recorded on this day, June 16, 1957. The rest of the band includes Hank Mobley on tenor saxophone, Bobby Timmons on piano, Detroiter Paul Chambers on bass, and Art Taylor on drums.