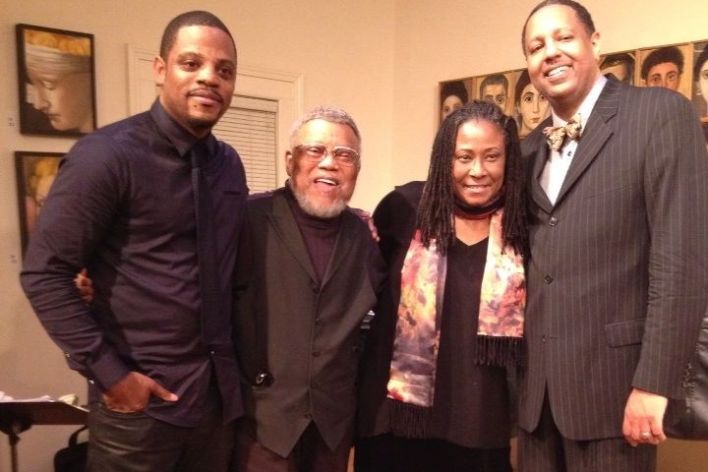 Love is in the Air

June 12 is an important day in the cosmology of Detroit jazz: Marcus Belgrave and Geri Allen were both born on this day 21 years apart — the former in Chester, Pa., in 1936, the later in Pontiac, just north of Detroit, in 1957. Belgrave, a trumpeter and teacher, was the griot of contemporary Detroit jazz, training multiple generations of students, the most famous of which — Allen, Kenny Garrett, Robert Hurst, Regina Carter, Gerald Cleaver, Karriem Riggins, and others — have had a major impact on the music in recent decades. Allen, a pianist, composer and conceptualist of the front-rank, was the first of these to come to attention in the early 1980s and in many ways the most influential.

Belgrave and Allen had a special relationship  — like father and daughter — and love was in the air whenever you saw and heard them play together. Not just in the familial chemistry between them, but the bond they shared as mentor and protégé, as Detroiters, and as the embodiement of the city’s jazz tradition. It’s difficult to accept that both are gone now. Belgrave’s heart finally gave out in 2015 at age 78. Tragically, Allen passed at  ge of 60 from cancert in June 2017; the shock of her early death still has not worn off.

Coda: The photo above, which I took in 2014 at the Kerrytown Concert House in Ann Arbor, shows Belgrave with Allen, Riggins (far left), and Hurst (far right). I included this picture in “Jazz from Detroit.”