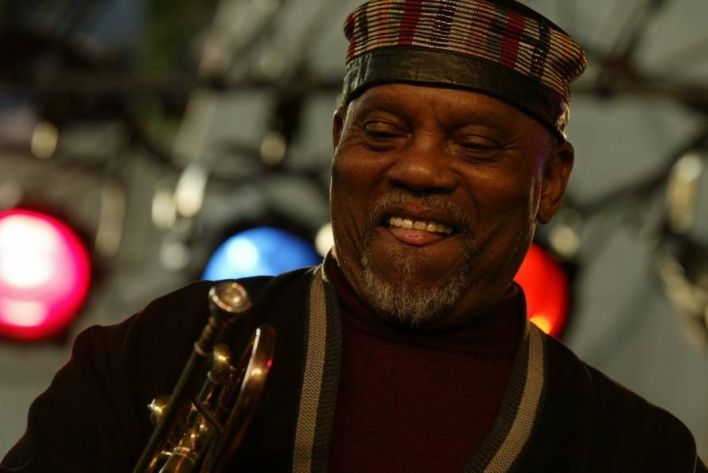 The Soul of Detroit

One of the heroes of “Jazz from Detroit” is trumpeter Marcus Belgrave, who died four years ago today. Part 5 of the book is titled “Marcus Belgrave and is Children” and focuses on his defining influence in the city with chapters about many of the musicians who came up under his wing — Geri Allen, Kenny Garrett, Regina Carter, Gerald Cleaver, Robert Hurst, Rodney Whitaker, James Carter, and Karrien Riggins. (For the record: James Carter was the only one of these figures who was not mentored directly by Belgrave on the way up, but he still benefited from his sphere of influence.)

This section of the book opens with a long profile of Belgrave. Here’s a little taste:

“Belgrave, who died of heart failure at age 78 in 2015, was the reigning patriarch of Detroit jazz. It’s impossible to overstate the impact he had on musical culture in the city as a performer, teacher, and standard bearer. Like an African griot, he embodied the soul, conscience, and mythology of Detroit jazz history, handing down the values of blues and swing forged through a lifetime in the trenches and associations with Ray Charles, Max Roach, Charles Mingus, Wynton Marsalis, and others. Even as Detroit declined as an urban metropolis in the 1970s and ’80s, Belgrave remained a direct link to the jazz aristocracy and a potent symbol of Detroit’s ongoing vitality as a jazz incubator. To put it another way, one answer to the question of how Detroit sustained its jazz culture during the late 20th and early 21st centuries is this: Marcus Belgrave.”

Belgrave’s finest recording as a leader, “Live at Kerrytown Concert House,” paired him with three different Detroit pianists — Tommy Flanagan, Geri Allen, and local hero Gary Schunk. Three of the songs were recorded in 1994 with Flanagan’s trio that included Peter Washington, and Lewis Nash. Two of the songs they played were by Detroiter Thad Jones — “Zec” and this one,  “Mean What You Say.”

What a trumpet sound …